LOS ANGELES — What can be built for almost nothing, usually can’t find a buyer and may soon put a dent — a small one, anyway — in the United States trade deficit with China?

On Sunday, the Cultural Assets Office of the Beijing municipal government announced the Beijing International Screenwriting Competition. Screenwriters who live in the United States are invited to submit feature film proposals or completed short film scripts in a contest that aims, ultimately, to get movies made from some of them.

The only condition: All of the stories must be about Beijing. 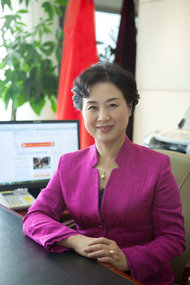 Otherwise, writers should just follow their muse — at least as far as the city limits. “What interests them is what matters most,” said Zhang Huiguang, director of the cultural assets office.

“We hope a feature film will be born out of the competition,” added Ms. Zhang, who spoke by telephone through a translator last week. “Once we have a good script, we will try to find investors.”

Any writer, professional or otherwise, is invited to submit a feature film proposal by April 7 under guidelines posted on the competition’s Web site. Short film scripts are due by April 20 and may be submitted only by students in the United States. Feature finalists will then move to the script stage. All of the finalists will be flown to Beijing in June, when cash prizes totaling more than $100,000 will be awarded.

As many as seven of the short films will receive production financing, while the feature film contestants will be introduced to potential investors who might make a movie.

If everything works as planned, Ms. Zhang said, the contest will become a regular affair. It was proposed, she said, by people associated with Harvardwood, a nonprofit run by Harvard University alumni, faculty members and others who have an interest in entertainment, media and the arts.

The scripts will be judged by two Americans: Mark Harris, who won Oscars for his documentaries “The Redwoods” and “Into the Arms of Strangers,” andTracey Trench, a producer whose credits include “The Pink Panther” and a consultant to Oriental DreamWorks.

Asked about her own movie preferences, Ms. Zhang, who is president of the competition, said her favorite Hollywood film lately was Ang Lee’s “Life of Pi.” But contestants shouldn’t be too quick to mimic Mr. Lee’s big-budget, effects-driven fantasy.

“We will select the most interesting script, rather than the most expensive,” she said.